TL;DR: When pitting a mobile app vs web app, you find web apps easier & faster to build but offer limited features and functionality. Ultimately, it’s up to you to decide what makes the most sense for your target users. 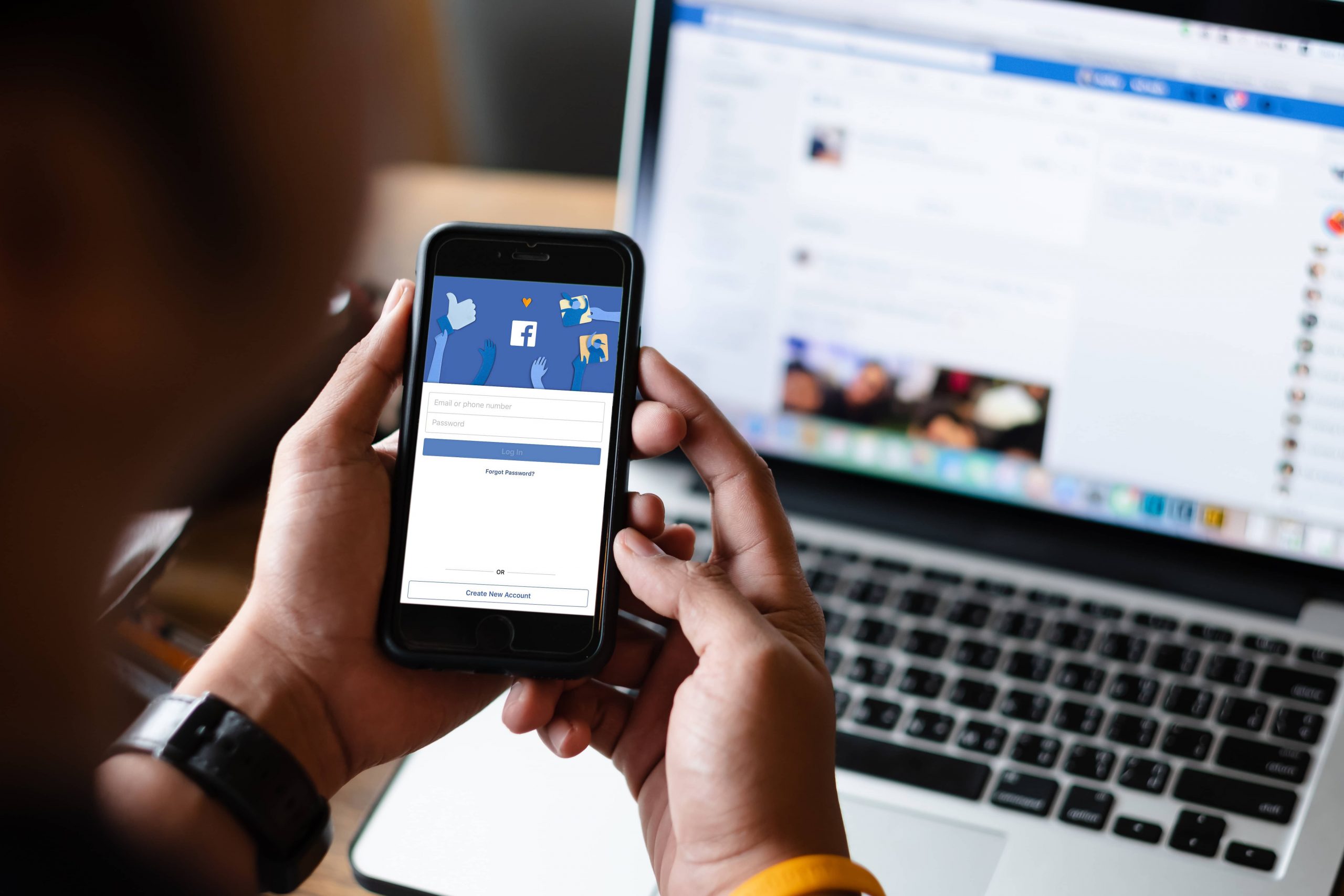 Choosing between building a mobile app vs web app is a crucial yet somewhat overwhelming decision as they differ so much in how they are developed, deployed and distributed.

If you’re a business owner, you know it’s essential to have a strong online presence. You might also require an app to support your online strategy and ask yourself where to start. Is a mobile or a web app the best option? So how do you decide which is better or, more importantly, suitable for your target audience and your business?

Both options have pros and cons, so deciding which is the best option for your business can be complicated and confusing as you have to analyse multiple factors and scenarios.

In this blog post, we’ll look at the advantages and disadvantages of a mobile app vs web app. We’ll also help you decide which option is the best for your business.

That said, before going into the advantages and disadvantages of one over the other, it’s essential to understand the differences between them. So, let’s start with that!

Mobile Apps today are a part of our daily lives, so much so that there may only be a handful who live in an isolated world away from Mobile applications.

But how exactly do you define a mobile app? Any application that can run on a handheld or portable device (like a smartphone or tablet) to provide a service to its users can be categorised as a mobile application.

Put simply; mobile apps are programs that are designed and developed to run on mobile devices such as smartphones and tablets. Mobile app development usually involves writing in the native language of the mobile device unless the app is built to serve multiple platforms, but more on this later. For example, Objective C is commonly used to build apps for iOS, while Java is the preferred programming language for Android.

Mobile apps can either be stand-alone software, or they can also be part of a more extensive service that is accessed through a mobile browser. Mobile apps serve multiple purposes, from entertainment, gaming, and social interactions to accessing remote workspace solutions or cloud services for storage and computing.

Now, what is Sideloading, you may ask? Well, Sideloading is the process of installing an app by downloading it from a website or an external link as opposed to directly from an application repository. In addition, mobile apps that are sideloaded are typically not subject to the same quality, security standards, and restrictions as those distributed through an app store. Thus, there isn’t an inherent risk factor associated with sideloading mobile apps. Lastly, mobile apps can also be installed on a SIM card or memory card and used on multiple devices.

IOS and Android are dominant leaders in the mobile apps domain, with Microsoft trailing far behind the big two. This is why many organisations focus primarily on developing applications for iOS and Android and target the rest of the platforms if there’s a demand to do so in their target consumer base.

Speaking of user bases, broadly speaking, Android and iOS cover around 76% and 23% of the worldwide mobile devices market space, respectively.

Let’s now delve a bit deeper into the sub-branches of mobile apps. A broad distinction between mobile apps can be drawn in the form of Native and Hybrid mobile applications.

Due to their dominance in the mobile device market, most Native mobile applications are targeted toward Android or iOS development.

iOS apps are most commonly built using a tech stack of Objective-C or Swift with Xcode IDE (Integrated Development Environment). Native android applications, on the other hand, are usually written in Java and built using Visual Studio Code or Eclipse IDE.

With Native mobile applications, performance and compatibility with the primary hardware are the fundamental focus. Native mobile apps offer several advantages over other types of mobile apps. They tend to be more stable and responsive, having access to and using the device’s in-built features. In addition, native apps can be designed to take advantage of the unique capabilities of each platform.

To conclude, native mobile apps are often the best choice for mission-critical applications that require pairing up a particular user group with their preferred device type.

On the flip side, moving away from specificity and embracing duality, we have hybrid mobile applications. Hybrid apps are developed using SDKs to provide a reusable code compatible with all available operating systems.

But, the difference is instead of operating through the device’s browser, it runs inside a web view or a container, usually through a framework. So, while on the surface, it can be perceived as a native application, it runs very differently and works on multiple platforms and devices.

The real advantage of hybrid applications is that you’re essentially building a single application for all platforms. Crucially, you can use a sole code base to build an app that works on iOS, Android, Windows, etc. This means less maintenance and update cost, time, and effort to keep the application running as best as possible.

Due to the use of a single code base, hybrid mobile applications are more popular among startups and small and medium enterprises for having their applications developed in a single go.

The most well-known hybrid application development frameworks are – React Native.

Now that we’ve covered mobile applications let’s look at their counterpart in this comparison study, web apps. A web application is self-supporting software that runs entirely on web browsers. The web application doesn’t need to be downloaded and installed on the end user’s local machine. Therefore, web applications are not distributed in application repositories like in the case of mobile apps.

Web applications come in all scales and sizes, spanning various pages or being limited to just a single page. The unique advantage of building a web application is that it can be used across web browsers regardless of the underlying platform or device capabilities.

Essentially, the point is web applications don’t need to be custom-built for a platform or specific hardware functionalities. They are built to be used generally across all devices and platforms. From a project management standpoint, this reduces the development efforts required significantly compared to native mobile applications. You won’t be writing code that needs to be migrated and repurposed over various platforms.

In terms of performance, while it’s true that native apps tend to have better performance and more features, web apps are typically much easier and faster to build. In addition, web apps can be updated more easily and quickly than native apps, making them a good choice for businesses that need to respond promptly to market changes.

If you’re a younger business with a tight budget that needs to reach a wider audience and constantly update your official application, then a web app would make more sense than a mobile application.

When Do Web Apps Make the Most Sense?

When Should You Not Build A Web App?

Progressive Web Apps – An Intermediate between Web and Mobile apps 🌉

Next on the agenda is Progressive Web Apps (PWAs), which can be considered a bridge between mobile and web apps. PWAs were first introduced to provide the core properties of a mobile application on a web browser. Using fundamental web technologies like HTML, CSS, and JavaScript, Progressive web applications provide the experience of using a Native Mobile application.

The term ‘Progressive Web Apps‘ was first introduced by Chrome Developers Alex Russel and Frances Berriman at Google in 2015. Their vision was focused on creating better experiences across devices using a single codebase.

The prime focus with PWEs is to develop web applications that look and feel precisely like native applications without having the users download and install any software.PWAs are typically responsive and can be used on any device, including mobile phones and tablets. They can also be installed on the user’s desktop for easier accessibility.

In addition, PWAs are designed to work offline or in very low-connectivity environments. This makes them ideal for use in areas with poor or no internet coverage.

Lastly, as they are built using a relatively less complicated tech stack, PWAs are often more affordable to develop and deploy than native apps. This makes them an attractive option for businesses and organisations looking to create an alternative presence on the web aside from just a standard website.

Mobile App vs Web App – The Pros and Cons 💡

Key Takeaways – What Type Of App Should You Build? 😎

It is essential to understand these crucial differences to choose the appropriate medium to distribute your digital products or services. Then, considering the user volume your application could receive and the potential for the expansion of features, you can decide on the correct channel to create your application.

But what’s the verdict? Should you build a mobile app or a web app? The answer isn’t so simple. It depends on your specific business priorities and user base.

However, let’s summarise with some general pros and cons to help you make an educated decision. Mobile apps offer more engaging experiences that keep users coming back for more; they can be used offline, which can be great for specific industries like travel and hospitality. They also allow deeper integrations with device features like cameras and GPS tracking.

However, on the other hand, mobile apps tend to be more expensive and time-consuming to develop than web apps; and they can be difficult to update when new device operating system versions are released.

On the other hand, web apps are easier and faster to develop, deploy and launch, offer potentially greater visibility due to compatibility with search engines, and are easier to maintain and update. However, web apps are restricted in terms of capabilities and functionalities, fail to provide richer user experiences, and often don’t perform as well or have as good security as mobile apps.

At the end of the day, it’s up to you whether a mobile app or web app makes more sense for your business. If you would like to discuss your project further in view of making that decision, we’re here to help.

The Tech Behind Amazon Alexa

Voice recognition AI is adding a new sense of comfort, intuitiveness, and convenience to our lives. Amazon Alexa is the most successful example of this.
By Jerry Wallis
23 min read
23 min read
Read More
Blog Post

What Happens When There’s A Mismatch In Software Design & Software Implementation?

Software design mismatching with software implementation often results in higher development costs due to the extra time & effort needed to troubleshoot and resolve issues. It also damages the user experience, as users are left with a product that doesn't perform as expected.
By Julian Wallis
11 min read
11 min read
Read More
Blog Post

Your ideal customers are on mobile. Shouldn’t you be too? Developing an app is becoming more and more of a necessity with the world going mobile.
By Jerry Wallis
17 min read
17 min read
Read More
VISIT LEARNING CENTER