What Is NestJS And What Is It Used For?

TL;DR: NestJS is a server-side framework that’s been steadily growing since its initial release in late 2016. What actually is it? How does it work? Is it right for you? 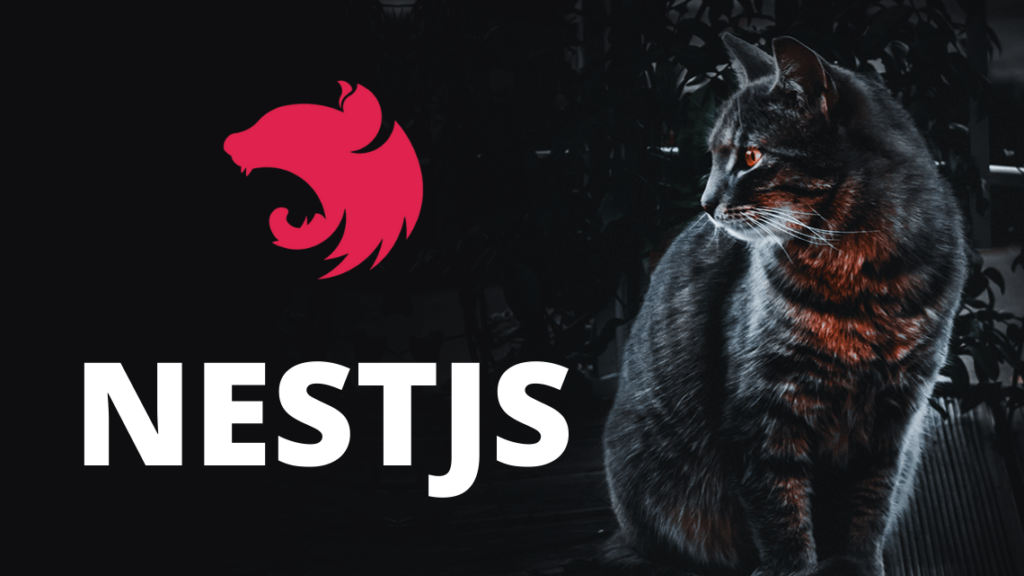 Developers have access to plenty of web development frameworks and programming languages today. In this article, we’ll look into NestJS so you can make a more informed decision on adopting this exciting web application framework.

By the end, you should clearly understand how NestJS works and its drawbacks and be able to accurately answer the question, “What is NestJs and what is it used for?”

Since the advent of the internet in the early 90s, various web frameworks, such as the .NET framework, have supported the development of web applications. Backend frameworks like PHP (Hypertext Preprocessor) and frontend frameworks like HTML (HyperText Markup Language) were leading the charge back then, and developers specialised in either backend tech or frontend tech.

A programming language called JavaScript (JS) then entered in the mid-90s and took the web world by storm because you could use it across the web development stack – both frontend and backend. About 13 years later, in 2009, NodeJS was created within JavaScript to allow for both frontend and backend accessibility, all through a single framework. The term “full stack development” started gaining momentum around this time.

Despite its capabilities, devs realised that NodeJS itself required a framework because it was too plain and simple. NodeJS drastically reduced the time from development to production, but the outputs were basic, generic eCommerce systems, authentication, etc., that followed the bare minimum criteria. Something more was needed.

After years of yearning for this improved framework, NestJS entered the picture in 2016 as a minimalistic backend application framework greatly inspired by Angular. And it’s been on the rise ever since!

Not to be confused with NextJS, which is another open source framework that deals mainly with the frontend, NestJS is a lightweight JavaScript framework that focuses on the backend – in data storage and management. Nest helps speed up web app development time by offering solutions to code organisation strategy problems. It was built for large-scale enterprise applications, particularly addressing the crucial issue of structuring the web app.

Using comprehensive knowledge of JavaScript, you use Nest to build secure, scalable, and responsive web applications. You get access to everything that’s needed for developing these types of applications on one platform – including all features from the ExpressJS framework and compatibility with other libraries like Fastify, yet allowing devs to use their own APIs when necessary.

One of NestJS’s best use cases is if you’re an eCommerce site with Angular because it’s inspired by Angular, and you can easily transfer the concepts and syntax between the two.

Nest isn’t only for frontend development, although it shares Angular’s architecture and dependency injection. It’s packaged in a simple, lightweight form so that you can choose whether or not to use it all while still being able to get started with advanced architectural approaches like Event Sourcing and Domain Driven Design right away.

How Does NestJS Work? 🤷

As a development platform for multiple devs in various teams, NestJS provides standard guidelines for each member to prevent chaos and ensure high code quality. This defined, standardised architecture results in an easily maintainable codebase.

The Nest framework provides a few simple building blocks that you can use to create dynamic, sophisticated applications. The most important of these include controllers, providers or services, and modules that can be accessed through folders.

With the Nest CLI (Command-Line Interface), you gain additional functionality, such as project scaffolding, to help you initialise, develop, and maintain your web apps.

Nest goes above and beyond common Node frameworks (ExpressJS and Fastify) by providing a fantastic immediate experience for developers who want more control over their code without sacrificing quality or performance benefits.

NestJS is great for large-scale, enterprise-level applications. If you combine it with a frontend framework like React or Vue, you can quickly create effective eCommerce websites. It’s why big companies like Adidas and Trilon use it. Aside from this, if any of the following points are of great importance to you and match your use case scenario, you should find using Nest highly beneficial.

NestJS is a JavaScript framework that requires zero setup. You can use the filesystem as an API, and since it’s built on top of NodeJS, you can run use any Node framework for building the backend. Plus, the applications created last long and are easy to maintain due to the use of modern technologies.

It allows you to quickly jump into app development, providing a well-defined architecture that’s perfect for beginners. It also takes care to lay down all necessary building blocks so development goes smoothly from beginning to end. Nest also makes it possible to build and reuse logical parts in different applications efficiently by creating modules that depend on other modules.

The Nest framework supports numerous modules that help you build your app without limitations. This includes the integration of concepts, technologies, and even other frameworks, such as:

If you want your code to be clean, then modules are a great way of code isolation. If something doesn’t come from within one specific module, it can’t really be accessed in other parts of the application. Single responsibility is enforced, making it easier for project growth across a team.

Nest’s architecture makes it easy to organise your application into modules that are self-contained, each with a responsibility. You can use modules to isolate elements by putting related sets of controllers, services, and models in them. As a bonus, devs will also have peace of mind looking at code that’s easy to read and maintain.

Dependency injection means avoiding the requirement of having a hard dependency on things like middleware or components or services within the code. NestJS has its own DI container that’s easy to use, but it also supports factory injections so that users can easily switch between both styles if needed.

Injection scopes are a great added feature with Nest’s dependency injection. In Nest, services are singletons by default, but if you need to access a new instance of a service for each request instead of accessing the same one repeatedly, this feature will come in handy!

Nest lets you handle exceptions exceptionally well. For example, if a user tries accessing unauthorised content, Nest’s exception filters will pick up on this and then respond with a well-formatted message and appropriate HTTP response status code.

You can also customise Nest’s built-in exception filters to add personalised logs or return specific status codes. Moreover, unhandled and unexpected exceptions are addressed automatically through a 500 error sent to the user.

Nest uses the latest version of TypeScript, meaning that it will continue to be relevant in the ever-changing JavaScript landscape. Decorators are everywhere, and you can also create custom decorators.

Context switching is eased by the help provided in making the change from Angular code to NestJS seamless and painless for developers of all skill levels. There’s no need to configure the TSConfig file or anything. You can get things done right away.

Nest provides a smooth and easy testing experience with its dependency injection and modularisation features. By mocking out modules that aren’t currently being tested using Nest’s custom providers feature, you can test individual controllers or entire apps much more quickly. Additionally, you get free access to basic tests for each controller, filter, service, etc., generated from Nest’s CLI.

To try it out for yourself, check out the official documentation on the first steps to installing Nest.

We’ve gone through the various features and benefits you get from using NestJS, but you can’t overlook its drawbacks. Be sure to test things out for yourself while considering the following disadvantages before you go all in with Nest.

Like all things, using NestJS to its optimum capacity to gain maximum return on investment depends on your situation and what you want to use it for. For instance:

You have access to great support, yet some solutions may not be as easily available, losing you precious time and money.

🔒 Lacking In Some Areas

As a relatively new framework in the web development scene, NestJS is found lacking in some areas like:

If you need to create a big, focused app right away, Go or Python is recommended because using NestJS could be risky for users in the medium to long term due to some of its documentation issues.

Longevity is also a minor concern. Although there’s a healthy amount of weekly downloads for Nest right now, it’s got plenty of competitors out there. Nest does hold a slight advantage due to using TypeScript and Angular, but the lack of backing from a large organisation suggests a higher risk in the long run.

NestJS is an exciting server-side framework that supports many components such as pipes, interceptors, middleware, exception filters, etc. It offers various benefits and facilitates a focus on the design and delivery of endpoints and their consumers through modularisation and having each component available in its own folder instead of a scattered focus due to worrying about the application structure. However, being relatively new to the web development world, Nest has its fair share of drawbacks and areas for improvement.

At the moment, we can’t openly recommend you to use Nest without considering your scenario and noting the weak points of this framework. NestJS is great for specific scenarios and situations but not quite at the level of some of the older, more powerful programming languages or even its modern counterparts that actively compete against it.

We went through many things regarding NestJS, but there’s still much more to learn and confirm. We’re here to help you through it all, so feel free to book a discovery chat and let us assess your unique requirements in detail. Receive data-driven suggestions and recommendations on the best frameworks and business technology for your specific project needs!

How Does Google Search Work? Google’s Search Algorithm Explained – The Tech Behind Series

Discover how Google Search works by crawling and indexing billions of web pages and then ranking them based on relevance to a user's query, determined through its algorithm.
By Julian Wallis
30 min read
30 min read
Read More
Blog Post

How Web Design Impacts Customer Experience & How To Improve It

Node.js: The Definitive Guide With Almost Everything You Need To Know